This article will take you through to various questions regarding a circus geek. Questions you must have had within you, but to seek answers requires some research, time, or philosophy. Today let me help you, geeks, with it. Let us unearth the various queries first:- Circus and sideshows/freakshow?

Just an Interruption: the revolution is ON! The Black Menaces

What is a circus and sideshows/freakshow?

A Circus and sideshows show generally are where athletes or acrobats perform some of the most- amazing and jaw-dropping moves to fascinate the crowd. In the end, the crowd walks back home with fascination and awe in their eyes. These are general circus shows or sideshows that were pretty much common all over the world.

Then were the freak shows, where conjoined twins or some differently-abled people, or people with strength used to perform acts that used to scare the hell out of audiences. The Circus Freaks. How’s that possible? That’s a freak out there. These were the Golden expressions. The feeling of an unbelievable watch was what audiences went back with and the freak shows soon became a hit show.

Add a little chaos to the Hit Show, and watch it become a Blockbuster. Enter Geeks into the scene, Geek Show. The Circus Geeks at a freak show used to perform or showcase bloodshed at the end, biting off snakes or chickens or other random small live animals. That gave a perfect freaky end to the show. The crowd went back with all kinds of emotions and most importantly freaked out. This assured their return for the next scheduled show. Who does not like chaos?

What is a Circus Geek?

In the first half of the 20th century, the word ‘circus geek,’ was implied to a circus sideshow performer, who was deemed so unworthy to please the crowd, that they were made to bite the heads off small live animals (like chickens, snakes, lizards) to cheer the crowd, and interestingly, they got them cheering.

These grotesque acts performed by those circus geeks, undoubtedly, made sure that, they would forever be termed as Oddballs, wild men, carnival performers, and Freaks.

There are many Geek synonyms, know it here.

What made them exist?

What made them bite the heads off of those snakes? Well, this fascinates me a lot. Was it the urge to earn or the urge to fame or to get cheered? That remains a mystery. But if you ask me, this has to be for their survival. Not just to earn or get cheered, but explore the only option to live, and survive. What else could they do? Or was it all for fun? Let me know about your thoughts in the com box.

What is the Job of a Circus Geek?

Anyways, what else you can get in a circus, other than deadly and life-threatening stunts?

Well, these are the typical Circus jobs or Acts:-

How is their life? Life of a Circus Geek:

Biting heads off animals won’t let you have a distinguished lifestyle. They must have lived in severe poverty. The odd jobs they performed must have only met their survival, hand to mouth. Also, they were easy targets to get fired from their job unlike the “athletes” or “freaks” (who had an unusual talent).

Most of them lived in terrible conditions, sometimes with broken teeth or jaws or sickness from dealing with animals. Also, biting off snakes or other venomous creatures might have also led to many deaths. So overall, their life was no less than hell compared to modern times. #

The wages that the Geeks received were the lowest. Many instead received alcohol or narcotics to feed their addictions. This exploitive opportunity gave the freak show directors cheap, dedicated workers who were willing to stay through rotten treatment.

Circus and sideshows had evolved, and now they only emphasized striking fear at the audience. The pinnacle act of the geek freak was when a person on stage bites the head off of an animal and drank its blood, leaving the audience with a scene of bloodshed and death.

They did not just stop there as they pulled off the greatest marketing technique by including female geeks. Female geeks were prized possessions, for a woman participating in such violent acts was rare. The entertainment it delivered was immense, and soon ‘the geeks’ became a common feature of the freakshows. This established a valid fear in the audience that any person could become a freak.

Where did circus geeks live?

Remember, during the 20th century, Circus events were common worldwide or at least in the colonial areas. So, there were not only western but worldwide circus geeks. People who used to perform wild or odd stuff.

So the precise answer is – various parts of the world.

But, it was in the United States of America that all the Geeks and Freaks found their ‘Heaven’.

Where can I find the Circus Geeks? Do they exist now?

Well, do Circus events held these days? So with the declining popularity of circus events, the odd performers vanished off too. They might now be pulling off some odd stuff in other fields of interest, like AI.

If they exist now? Well, if life was a circus then this man might qualify the ranks, will he? Bear Grylls.

Is Circus Geek a myth or reality?

A bit of all. A reality whose legend continued and today it seems more like a myth.

A term originating from a person in the sideshow who performed some bizarre feat; to be looked down as the term for an insult; till the term being worldwide accepted, as the ‘Front-runners of Excellence,’ what a journey. What an evolution.

Now, is that a myth? Maybe, for whatever extraordinary stuff have we ever listened to, we termed it as a myth, a legend, for it was way too unacceptable to our fickle mind. 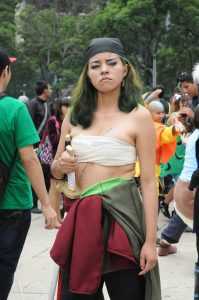