WED 2022. World Environment Day is one of the most celebrated days for environmental action. Since 1974, it has been celebrated every year on 5 June.

On this day, governments, businesses, celebrities, and we the citizens of the world shift our focus to put any effort into a pressing environmental issue. We plant trees, most widely and commonly, and after the day, our lives continue as it was.

Is a day-long WED observance enough?

The recent events suggest NO!

The bushfires in Brazil, the United States, and Australia, the forest fire in Uttarakhand, the locust infestations across East Africa and India, and then, a global pandemic COVID-19.

These events suggest a strong act. It proves the might of Nature. Most importantly, this is an attitude check, if we don’t respect our dependence on Nature, the human race will be the first one to get extinct.

Always Remember! Nature will flourish better if we vanish. It doesn’t need us. We do!

This World Environment Day 2022, the theme is ‘Only One Earth’ with the focus on “Living Sustainably in Harmony with Nature”.

Fascinatingly, “Only One Earth” was the slogan for the 1972 Stockholm Conference; 50 years on, this truth still holds – this planet is our only home. Will we treat it so, is the ultimate challenge to humanity?

It is time to reimagine our relationship with nature and put nature at the heart of our decision-making.

World Environment Day had different themes each year. Past themes include:

2016- To Prohibit Illegal Trade of Threatened

Nature responds to some of the most pressing challenges faced by humans today. It provides us with oxygen, purifies the water we drink, ensures fertile soil, and produces the variety of foods we require to stay healthy and resist disease. Nature enables medical researchers to understand human physiology and offers substances for developing medicines. It is the foundation of most industries and livelihoods. It even helps mitigate the impact of climate change by storing carbon and regulating local rainfall. Life on earth would not be possible without nature’s services. It is our greatest common good.

The anthem of WED is known as the “Earth Anthem”. It was composed by a poet-diplomat Abbay K, in 2013. Abhay K’s Earth Anthem composed by L. Subramaniam and sung by Kavita Krishnamurthy was released in Brasilia. It is made up of eight different languages that unite communities from different parts of the world. The anthem was launched during an Indian Council of Cultural Relations event which was held in New Delhi, India. It is a strong symbol of the WED.

According to the World Economic Forum, climate change is seen as the biggest potential threat to the global economy. It adds that climate impacts could push more than 100 million people into poverty by 2030.

Failure of climate change mitigation and adaptation was seen as likely to have a bigger impact than the spread of weapons of mass destruction, water crises, mass involuntary migration, and a severe energy price shock.

Despite the concern, climate change is the third most serious issue facing the world, behind international terrorism and poverty.

The planet’s average surface temperature has risen about 1.62 degrees Fahrenheit (0.9 degrees Celsius) since the late 19th century, a change driven largely by increased carbon dioxide and other human-made emissions into the atmosphere.

The oceans have absorbed much of this increased heat, with the top 700 meters (about 2,300 feet) of ocean showing warming of more than 0.4 degrees Fahrenheit since 1969.

Satellite observations reveal that the amount of spring snow cover in the Northern Hemisphere has decreased over the past five decades and that the snow is melting earlier.

2016 was the hottest year on record since 1880 with average temperatures measuring almost a degree (0.99 degrees Celsius) warmer than the mid-20th century’s mean.

Why such a rise?

The world’s oldest trees are more than 4,600 years old. So why cut them?

Air pollution is the fourth largest risk factor for premature deaths, causing one in ten deaths globally. Premature deaths caused by air pollution are tragic and come at a high price tag of an estimated $225 billion in foregone labor each year.

G7 nations spend $100 billion a year on fossil fuels. The major industrial democracies which have dominated spend at least $100 billion each year on their oil, gas, and coal consumption. The Group of Seven (G7) – Britain, Canada, France, Germany, Italy, Japan, and the United States – had pledged in 2016 during CoP21 to phase out their support for fossil fuels by 2025. India will meet 50 percent of its energy requirements from renewable energy by 2030. So, by the year 2070, India will achieve the target of Net-Zero.

Is Musk’s Tesla or any other kind of Electric means of vehicular operations of urgent need? Indeed.

Oceans are more acidic due to the continuous draining of wastes in the ocean,  the pH of ocean surface water has risen by 26 percent more than at the beginning of the Industrial Revolution. Studies say a healthy ocean can deliver climate benefits through “blue carbon” sinks such as mangroves and other vegetated ocean habitats.

Thanks to the next issue- Plastic.

Also, 20,000 plastic bottles are produced every second, or one million every minute. According to estimates, 1.6 million barrels of oil are used to produce plastic water bottles every year.

Arctic sea ice coverage has shrunk every decade since 1979 by 3.5 to 4.1 percent resulting in rising sea levels. The current rate of change is 3.4mm a year, which is the fastest rate in 2,000 years.

Global flooding could triple by 2030. According to a study from the World Resources Institute, the number of people exposed to flooding each year is at risk of tripling from 21 million to 54 million by 2030. This can lead to increased economic costs from £65 billion to around £340 billion.

Now, the age-old issues which are still looming this WED

The current world population is 7.8 billion as of June 2022 according to the most recent United Nations estimates elaborated by Worldometer. Our planet gains inhabitants numbering 77 million people a year.

Only 1% of our planet’s water supply can be used. 97% is ocean water and 2% is frozen solid in the Arctic, for now.

The United Nations High Commissioner for Refugees says that an average of 21.5 million people is forcibly displaced since 2008 due to climate change-related weather hazards. Climate change acts as a ‘threat multiplier in areas of ongoing conflict around the world.

But it is still quite arguable if the sole reason is only climate change not political or racial or by self wish or any other similar reasons.

Are all these Climate changes linked to the refugee crisis? What do you think? Let us know, in the com box below.

Easy question! Considering Nature’s act, What are we doing then?

Save Soil initiative by ISHA

To demonstrate the support of over 3.5 billion people, Sadhguru, founder of ISHA Foundation, has travelled over 30,000 km across 24 nations on a lone motorcycle. The journey began from London and ended in the Cauvery basin in southern India where the Cauvery Calling project, initiated by Sadhguru, has so far enabled 125,000 farmers to plant 62 million trees to revive soil and help replenish the depleting waters of river Cauvery.

At the CONFERENCE OF THE PARTIES TO THE CONVENTION ON BIOLOGICAL DIVERSITY, which was the 14th  meeting, held in Egypt, 17-29 November 2018. The following decisions are taken by the UN Member States in the Convention on Biological Biodiversity.

What can we do to heal Nature?

We need to stop using a few things like- plastics and their products and limit the use of paper. We need to adopt new alternatives to fossil fuels, most commonly electricity and batteries. Say no to killing animals. Save wildlife. Stop deforestation. Save trees.

This WED If we pledge to adopt at least these measures, we could heal Mother Nature to some extent. Obviously, the damage that has been done requires a long time to completely heal. But if we adopt suitable measures, we can at least buy some TIME. Which otherwise, we are running out of.

If you are with me so far, I hope you by now know the full scenario. So on this World Environment Day (WED 2022), this 5 June, what efforts are you putting in?

Are you planting enough trees? Can we continue the way we are?

What changes do you think we need to urgently adopt and also adapt to? Use the com box to Let us know.

Vital Signs of the Planet 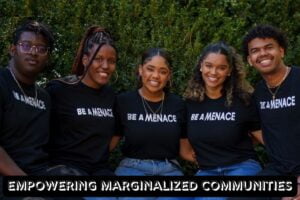 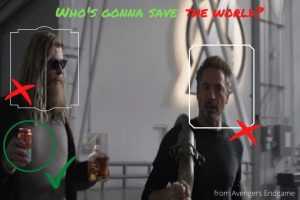 Liquor Sales the only savior of the World Economy?