Running With the Devil: The Wild World of John McAfee, a documentary of John McAfee the pioneer of Anti-Virus, released this week on Netflix. It has reignited the curiosity of people, like you and me, about his life and death.

McAfee was found dead (suicide by hanging) in a Spanish jail cell in June 2021. He was arrested in 2020, and while being held there since his arrest.

John McAfee’s ex-girlfriend Samantha Herrera has claimed he faked his own death. On the Documentary Herrera confesses:

‘I don’t know if I should say, but, two weeks ago, after his death, I got a call from Texas. It’s me, John. I paid off people to pretend that I am dead, but I am not dead. There are only three people in this world that know that I am still alive. She continued: ‘And then he asked me to run away with him.’

The Mystery around John McAfee’s Death

Message from John McAfee: Getting subtle messages from U.S. officials saying, in effect: “We’re coming for you McAfee! We’re going to kill yourself”. I got a tattoo today just in case. If I suicide myself, I didn’t. I was whackd. Check my right arm.

To strip up the mystery, some reports also claimed that John McAfee’s death occurred just hours after rumors that he would be extradited back to the US to face federal charges.

Since his death, John McAfee’s widow Janice has demanded a ‘thorough investigation’, saying her husband made no indication he wanted to take his own life. She said at the time His last words were “I love you and I will call you in the evening.” Those words are not words of somebody who is suicidal, Janice added.

Janice isn’t the only one to think that McAfee didn’t die by suicide. Robert King, who went on the run with McAfee and documented the wild ride, doesn’t believe it was suicide either. ‘I didn’t. Why? For many reasons. ‘He was going to fight for crypto. He was going to run for president again,’ King told metro uk.

Going by the internet, netizens, he’s John McAfee and anything is possible. Some call him dead while others believe him to be alive.

However, Janice McAfee has hit back and discredited John’s ex-girlfriend’s claims made in Running with the devil.

On Twitter, she posts: ‘Oh how I wish this were true. If John were alive I’m pretty sure he would not be hiding out in Texas.’

John, on 14 Jan 2020 accused his ex-girlfriend, Samantha Herrera of setting him up. This could suggest we shouldn’t trust her blindly.

Moreover, Netflix has a history of stirring up controversies for the sake of gaining views and subscriptions. They will even ask DALL-E to create an AI-generated video of McAfee admitting he is alive. So people, calm down.

The plot of Running with the devil

Born in the UK moved to the US at the age of 15. In the 1980s he had the idea to start a company to fight computer viruses, and in 1987 founded the antivirus computer protection software, McAfee anti-virus. McAfee resigned in 1994, sold his stake, and began to make public appearances and pursue different projects.

The Netflix documentary Running with the devil explored rumors about whether McAfee actually killed his allegedly abusive father. What we know is John’s father died by suicide.

Also, after college McAfee swapped companies – one of which he was fired from when they found him snorting cocaine at his desk.

The documentary follows McAfee on the run and fleeing Belize police after being suspected of murdering of his neighbor, over a row about dogs. He was later arrested in Guatemala for illegally entering the country, and was eventually released and deported to the United States in 2012.

Around the same time, he announced he hadn’t filed with the IRS since 2010, shortly before he went on the run again.

He escaped on a ‘Freedom Boat’ around the Caribbean and dodged a $25million wrongful death lawsuit judgement in the murder of his American neighbor in Belize. McAfee was never charged in Gregory Viant Faull’s murder.

A year later, McAfee was arrested in Norway… wearing a thong as a face mask.

The then 75-year-old said authorities were not happy he had chosen a thong as a face covering to prevent the spread of coronavirus and claimed he got into a ‘tussle’ with officers and was ‘roughed up’ by them.

Just two months later on October 5, 2020, McAfee was arrested in Spain at the request of the U.S. Department of Justice for tax evasion.

Federal investigators said that McAfee avoided paying taxes on his income from 2014 to 2018. The tax-related criminal charges carried a sentence of up to 30 years in prison.

Then in March 2021, McAfee was hit with a separate indictment in Manhattan federal court for an alleged cryptocurrencies scheme he pushed on social media.

He had been heavily involved with cryptocurrency and posted regularly on social media about Bitcoin, even claiming to know the identity of the creator of Bitcoin, Satoshi Nakamoto, of which little is known.

Being held in prison in Spain since his arrest, McAfee was found dead in a Spanish jail cell in June 2021

John McAfee’s cause of death was officially ruled as suicide by hanging. He was allegedly found with a suicide note in his pocket. The Catalan Justice Department said ‘everything indicates’ he killed himself by hanging and this was later confirmed in an official autopsy.

# john mcafee# running with the devil 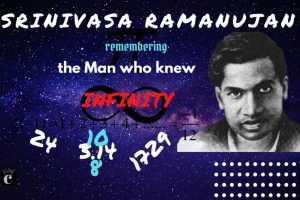 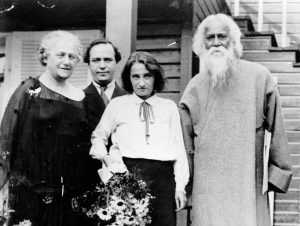