To those who are alien yet, don’t worry I got you covered. Historical Fiction is a genre where the story takes place in the past. The novels capture the details of that time period as authentically as possible, that includes the then society, the customs, and traditions. Sounds fun isn’t it?

Friends without wasting much time let’s focus on some amazing free online Historical Fiction Books. Pick your fav book from the list and start reading like a good Geek.

Before we begin allow me to update you if you haven’t yet read my other posts on Reading Historical Fiction Books Online for Free please do check out the posts after you finish this one.

Considered lurid and shocking by mid-19th-century standards, Wuthering Heights was initially thought to be such a publishing risk that its author, Emily Brontë, was asked to pay some of the publication costs.
Wuthering Heights is a wild, passionate story of the intense and almost demonic love between Catherine Earnshaw and Heathcliff, a foundling adopted by Catherine’s father. After Mr Earnshaw’s death, Heathcliff is bullied and humiliated by Catherine’s brother Hindley and wrongly believing that his love for Catherine is not reciprocated, leaves Wuthering Heights, only to return years later as a wealthy and polished man. He proceeds to exact a terrible revenge for his former miseries. The action of the story is chaotic and unremittingly violent, but the accomplished handling of a complex structure, the evocative descriptions of the lonely moorland setting, and the poetic grandeur of vision combine to make this unique novel a masterpiece of English literature.

The House of Closed Doors

Small town Illinois, 1870: “My stepfather was not particularly fond of me, to begin with, and now that he’d found out about the baby, he was foaming at the mouth.”
Desperate to avoid marriage, Nell Lillington refuses to divulge the name of her child’s father and accepts her stepfather’s decision that the baby be born at a Poor Farm and discreetly adopted. Until an unused padded cell is opened and two small bodies fall out. Nell is the only resident of the Poor Farm who is convinced the unwed mother and her baby were murdered and rethinks her decision to abandon her own child to fate. But even if she manages to escape the Poor Farm with her baby she may have no safe place to run to.

Elizabeth Brown disturbs history when she starts to look for something special for her Father’s birthday. A unique store in which the gifts on sale have their own stories to tell leads her into a local workhouse and a stately home. What Elizabeth sees and hears, in replays from the shadows of the past, not only challenges her modern values but her future too. Doubting if anyone will believe her, Elizabeth tells no one about her uncanny experiences, until she meets Samuel William Jarvis, a successful bachelor. Transgressions are not always black and white, so be careful to read between the lines…sins like to remain buried.

In post-Soviet Russia, greed and corruption are around every corner. With billions of dollars changing hands behind closed doors, the oil industry is the epicenter of new capitalism, new morals, and new money. When greed arrives at the international oil company in a small Siberian town, the life of its beloved director is in danger.

Young, beautiful, and wealthy, Natalya Abramova is impulsive and prone to bad decisions. That’s why her father hired Nikolai Volkov, one of the best bodyguards in Moscow. As Natalya gets hired for her first professional job – a Russian-English interpreter for the director of an oil company.

An easy job, Nikolai thinks. But the town has a deep and dark secret, and Nikolai starts seeing signs of trouble hours after they arrive. As Nikolai gets to know the company and learns of the intricate web of blackmail and threats, he realizes that somebody is going to kill the director. Nikolai’s smarts, investigative skills, and combat experiences are challenged to the max as he puzzles his way through a variety of suspects, trying to identify and stop the killer before more people die.

With a fast pace, unique setting, and intriguing plot twists that echo the headlines of Russian news, Gray Shadows takes you deep into the dark corners of Russian criminal world and presents a scenario that’s as frightening as it is plausible.

A small Western town receives an early Christmas present: a new pastor for the church. He is young, handsome, and single. To church organist Kristina Heitschmidt, Reverend Cody Williams is nothing but trouble, especially as his first move is trying to take control of the music away from her. But Kristina is not about to give up her life’s work. With Christmas fast approaching, it appears the two are at a stalemate – until a sudden blizzard traps them together in the church overnight. Forced at last to deal with each other, they realize that the explosive feelings between them are really symptoms of an overwhelming passion that just might lead to the love of a lifetime. This western romance includes explicit sex scenes.

Kissing the Enemy is the first book in a series of Regency romance novels with a dash of espionage. If you like simmering mysteries, character chemistry, and pulse-pounding action, then you’ll love this amorous adventure from USA Today bestselling author Leighann Dobbs and co-author Harmony Williams.

Frederica Vale is about to cause a scandal that will make her a target of the most dangerous spy network in England. London, 1806. Fredrica “Freddie” Vale would do anything to protect her younger sister. When a dubious benefactor threatens Freddie’s family, he gives the plain girl a mission. To keep her sister safe, Freddie must steal a codebook from enemies of the British crown… Tristan Graylocke has always benefitted from diminished expectations. As the duke’s younger brother, he can carouse at-will during high-society affairs. It also keeps anyone from suspecting him of espionage as he prepares to pass on the codebook… When Tristan spots an enemy spy in the crowd, he’s not sure if the innocent girl is bad at her job… or a master of deception. But in this seductive game of cat and mouse, will achieving their mission keep them from falling in love?

I’ll Be Seeing You

With the dark shadow of World War II looming on the horizon, Thomas and his young wife find comfort in their life together even though her family despises the match. When tragedy strikes, it shatters Thomas’s dreams of the future. Buoyed by his military commitment, he painfully moves on. The USO provides support in an unexpected way.

Unsure of his future, Thomas is swept across the sea to the war in Europe. As time passes, an echo from his past returns. Will hidden lies rule his fate? In the new novel, I’ll Be Seeing You, by author Linda Wallace Maguire, the past comes alive and love never dies.

Eight complete epic fantasy novels in one set. All the magic, dragons, castles and quests you will ever need!

Beneath The Canyons by Kyra Halland

The Last Priestess by Elizabeth Baxter

Book Of Never by Ashley Capes

The Dragon’s Champion by Sam Ferguson

The Silverleaf Chronicles by Vincent Trigili

Escape into the deceptively tranquil world that is North Wales in 1922.

The rural community of Carreg-y-Bedd, accustomed to the comforting familiarity of chapel traditions and the cyclical rhythms of farming life, is stunned by a shocking, unexplained death.

In the shadows cast by World War One, three siblings, all with hidden motivations, struggle for independence: Twm, dependable and sensible, determined to uncover the truth about his friend’s death; Bethan, steely and practical, pursuing a husband with dogged persistence; Caron, romantic and naive, engulfed in a passionate love affair that threatens to splinter her family.

Will they have the courage to pursue and fulfil their ambitions or will family loyalties and social pressures prevent them from following their chosen paths?

A lady never reveals the true extent of her decay…
Hannah Miles lives a quiet existence, helping her parents conduct research into a most terrible affliction – until a gruesome murder during her best friend’s engagement party pulls her from the shadows. With her specialist’s knowledge and demure disposition, Hannah is requested to aid the investigation.
Except Hannah discovers her role is to apologise in the wake of the rude and disgraced man tasked with finding the murderer. The obnoxious Viscount Wycliff thinks to employ Hannah purely as a front to satisfy Whitehall, but she’ll have none of that.
The two must work together to find the murderer before the season is ruined. But the viscount is about to meet his greatest challenge, and it’s not a member of the ton with a hankering for brains.

Read Historical Fiction Books Online Free… Did you enjoy the list? What’s your fav? Feel free to share your views in the com box. Also, let us know if you would want us to list the best free regency romance novels. We will give it a try.

Also, find the best Spiritual books and books that were made into epic movies.

Hope you have enjoyed the read. Stay safe. 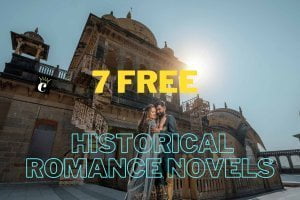 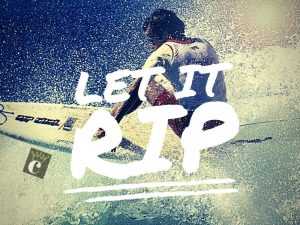